What is IoT and Benefits Of The Internet Of Things

A refrigerator that orders refill when stocks run dry; a medical device in the body that records and transmits vitals to one’s clinic or garage doors that open as you are driving your car towards your home. These may have sounded fantasy a decade back but not anymore. IoT or Internet of Things is changing the world around us. While this revolution which is being seen as the next big thing in the world of technology has been there for a while and is still at a nascent stage, we are only years away from a time when billions of devices in the world would be able to communicate independent or partly-independent of any human intervention.

At the concept level, it is an ecosystem where physical objects are connected to a network via the Internet. These objects can communicate with authorized networks to ease our lives. They would facilitate the sharing of information and lead to actions that require manual intervention as of now. For instance, in-built sensors on a convertible car can track weather updates of the location you are driving to and pull out the roofs or the lights and HVAC system in your home can be switched on as soon as the vehicle nears your home. These possibilities signal a shift towards a world where technology would define how we live.

What Are The Benefits Of The Internet Of Things For Business?

Internet and eCommerce have changed the way businesses function today from how they operated two decades back. We have moved into an era where small businesses and start-ups have been able to penetrate into the market and challenge established players all thanks to technology. IoT is the new inflection point in the digital world. It would usher in a new era of growth and profitability for businesses that adopt this technology. Here are some of the benefits of IoT for businesses –

What is Open Source IoT Platforms?

The development and innovation with the IoT ecosystem have received a major boost with the emergence of several open-source IoT platforms. This has allowed manufacturers to work on devices and gadgets that can easily communicate using the Internet. These open-source platforms allow developers to explore different possibilities with IoT starting from data collection to processing the data, visualization and smart device management.  Developers are able to connect devices using some of the safest IoT protocols to thwart cyber-attacks and data theft.

Where Does the Internet of Things Go Next?

This is one question that businesses and people around the world are asking. All that we have seen so far is a preview of the possibilities with the Internet of Things. To give you an idea at present there are close to 7 billion connected devices. This is a little more than twice the number of smartphones in the world. Add all the cars, street lights, refrigerators, garage doors, coffee machines and every other object, machine or appliance that you see around and we are talking of billions and billions of interconnected devices that would communicate with one another in the future.

IoT would do away with some of the mundane activities that we do in our lives every single day. You may not have switches at home in the future where lights would switch on and off with motion detection or voice commands. Similarly, people may not need to visit clinics to get routine blood tests done as samples collected using remote devices would send the parameters to the clinics for reports to be sent over to your email.

To conclude there isn’t a limit to what IoT can do when devices start communicating freely with one another. The only obstacle is to connect those devices but manufacturers around the world are already working on making devices smarter and ready to be IoT enabled.

A smarter and more connected world is in the making.

TagsBenefits Of The Internet Of Things What is IoT

Karam Mangat is an accomplished digital marketing specialist. She specializes in creating unique content for the B2B world and trends to deliver customized marketing solutions to businesses around the globe. she believes that the key to modern marketing excellence is a constant willingness to learn and adapt to the ever-changing digital world.

Home-Based Internet Business Ideas That You Can Start Today

Keep Up Productivity While Working From Home 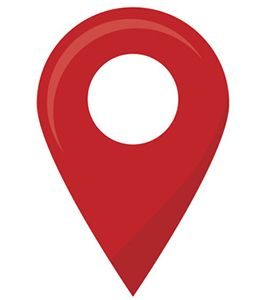 What is the Dallas Zip Code | Dallas Area Code