Technology: An Enabler Of Fake Identity

Techuniverses 3 months ago Comments Off on Technology: An Enabler Of Fake Identity 56

Whether we like it or not, humanity evolves and the evolution does not stop. The shift may be slow or fast, but the speed does refute the fact that evolution will continue. Because of technology, humanity faces a bright future. But along with these advancements are a myriad of challenges that need to be dealt with.

Human beings require a unique identity. This identity is what tells humans apart from other living beings. Any animal can have a given name and yet it does not follow that they have an identity.

Identity is the individuality of a person. It is also a psychological identification. In other words, identity works in us unconsciously, as part of the pathophysiology of the body. Identity leads persons to the path they are going to trod. It is a profound understanding of one’s intellect, character, capacities, and priorities.

The world we live in shapes our identities, especially as social creatures. The social world impacts the growth of our identities. In the modern world, our social life has expanded immensely because of our network of people physically and virtually. This is made possible by the eruption of technology. We might be or not be aware, but technology molds our identities.

From physical or actual identity, most of us also now have our digital identity. According to HusaynKassai in his article on the Forbes website last 2020, in the five years following 2020, there will be advances in digital identity. These innovations will impact our lives significantly. It will provide us with safety and confidentiality and secure us from scams while making life more convenient.

With the fast-paced advancements, digital identification is now going heights. Custom ways of verifying identity are outdated in this modern world. The government issues physical IDs like passports and licenses. These identifications contain sophisticated security features.

Nowadays, especially during the COVID-19 pandemic, more and more online services are offered. People can already process their identification documents online and have them delivered to their homes. Getting identification documents now involves online transactions. People have their online appointments and secure their files from the office. Sometimes, they fill up the necessary information then the office will send the document door-to-door. This is due to the restrictions on going out and exposing oneself to the virus. Even when the pandemic is almost over, this practice will continue and upgrade even more. This system will already be part of the new normal.

Compared to the traditional physical IDs with high-level security features, digital IDs have threats to their security. They are easier to tamper with and fabricate. They are also only available when devices are online or powered. However, these concerns are the main priority of digital identification. For sure, we will hear some improvements in this issue sooner.

In the modern era, we have identity replacement technology. Identity replacement technology masks a person’s authentic identification. Face authentication technologies and applications that now allow a person to edit images, videos, or information.  Both law offenders and law-abiders alike utilize this for different purposes. The previous for criminal activities, the latter for keeping their private information secure.

Because of cutting-edge technology and the skills development of hackers and IT specialists, fake identities and data breaches are mainstream. Tools are now accessible for faking identities because of technological advancement. Though posing an issue for being possibly used with despicable intentions, it is the same technology that makes human life better in many other ways.

Artificial intelligence also makes a significant contribution to the future of identity. With its deep built-in algorithms, it can fight against fake identities.

The popularity of social media has significantly impacted human identity and has promoted fake identities in some ways. Whatever reason, be it nefarious or to protect oneself, fake identities are all over social media platforms. It is now so easy to pretend to be somebody else by putting a different display picture or by not entirely writing your legit details. You can place your dream identity in your profile and hide behind that identity. Sometimes, masking your identity is for the sake of safety, especially when several malicious people are lurking in the online world. People have also developed the skills to make their profiles believable although the information is not entirely legit. Although like I said, the purpose of others for faking identity is for their safety, the threat is the misuse.

The future is indeed bright for identity; but may it be for the better cause.

Everything You Ought To Know About Creating a Successful Startup Studio

4 weeks ago Comments Off on Does My Agency Need White Label SEO? 31 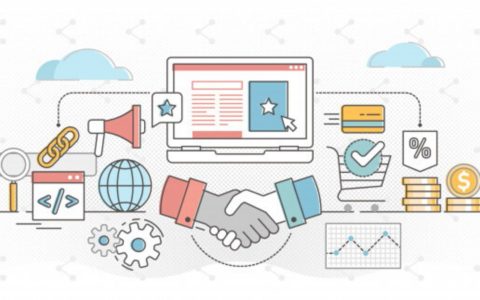 How an Ecommerce Marketing Agency Can Help Improve Your Advertising